During a very busy meeting, members received reports on a diverse range of  matters of interest, with which their Committee had been occupied in recent months.

Ray Barnes updated the meeting on developments within West London Coroner Service, where new staff and systems were being introduced in an attempt to improve service delivery. LAFD would continue to monitor and raise concerns on behalf of members and the bereaved.

There was an interesting discussion, led by Robert Lodge, about the growth of comparison websites, their impact on funeral services and how LAFD might address members’ concerns.

NAFD President Jeremy Field reported developments in a number of national matters of interest, including continuing calls for enhanced Social Fund payments, proposed changes to death certification, the welcome amendments to DOLS arrangements and the introduction of regulation of funeral services in Scotland.

Claire Austin reported the success of the recent Ball at London Lancaster Hotel. In response to members’ requests, the event would be returning to the Park Lane Ballroom on 24th February 2018.

The President’s nominated charity for the year was St Claire’s Hospice, to which retiring President James was delighted to present a cheque for £4,000. 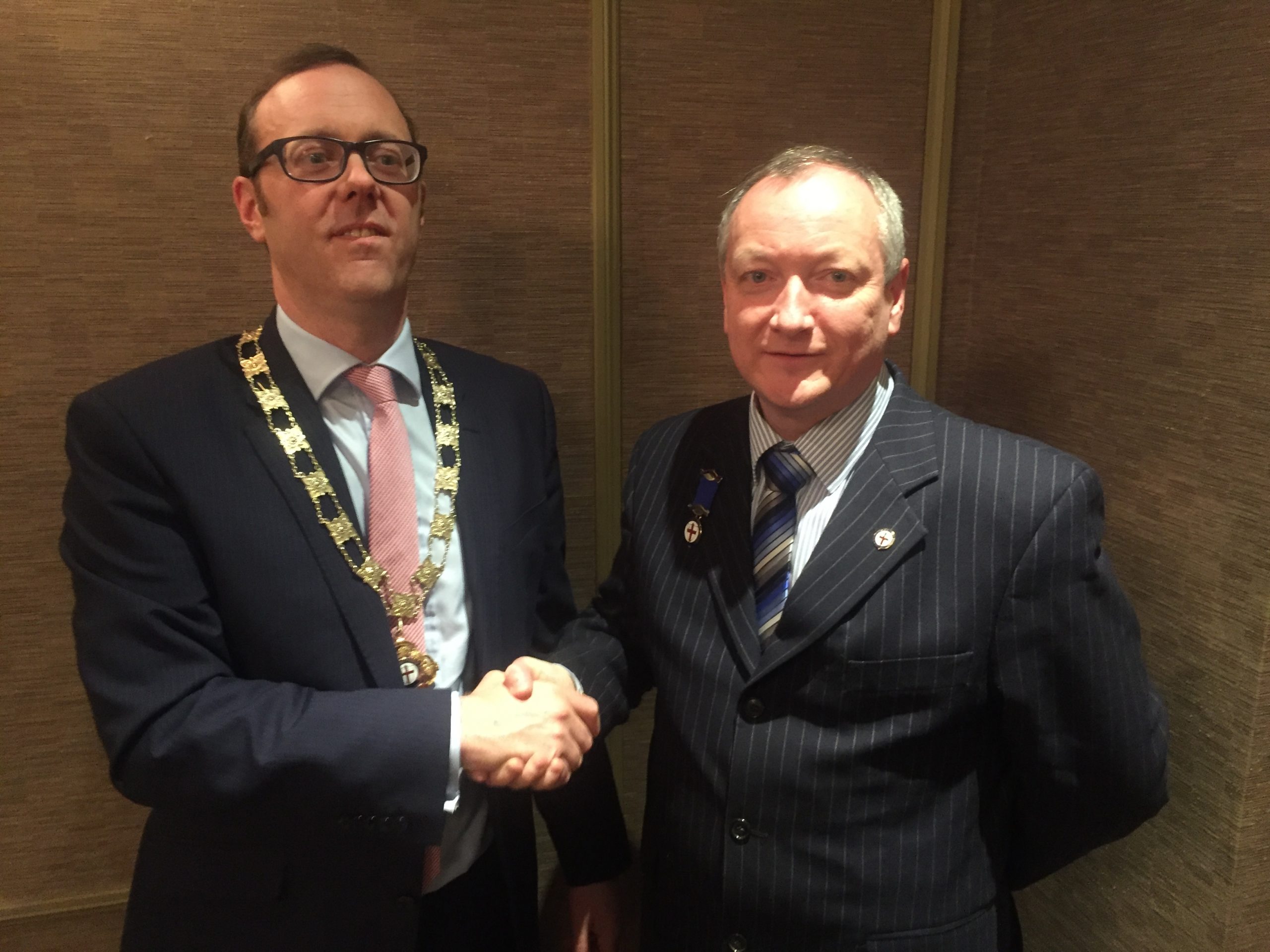 A number of changes to the Association’s Officers and Committee were announced:

James Gallagher presented the chain of office to new President Matthew Barber, who will be ably supported by Vice-President Richard van Nes.

Graham Saville continues as Treasurer and James Gallagher assumes the office of Immediate Past President.

Long-standing committee members John Lodge, Barry Pritchard, Jeremy Field and Sam Kershaw had stepped down and were thanked warmly for their service to London members; all 4 have served terms as President, amongst a number of other roles, and will be sorely missed.

During the evening three members received Honorary Membership in recognition of their very long service to the Association.

The awards had been a well-kept secret from the three recipients for some months and their surprised delight was very evident.

Barry Pritchard reported the Association’s education activities, including the autumn’s successful Update Seminar and forthcoming International Transportation Seminar. Certificate in Funeral Arranging & Administration courses had proved so popular that the course in September 2016 had been followed with a January cohort and a number of places already had been booked for the next course, in September 2017. Since January, a parallel pilot course had been trialled for Sussex County Association, which was the first course offered to students outside LAFD’s region. Certificates and prizes were presented to successful students from the 2016 Autumn course, Course M: 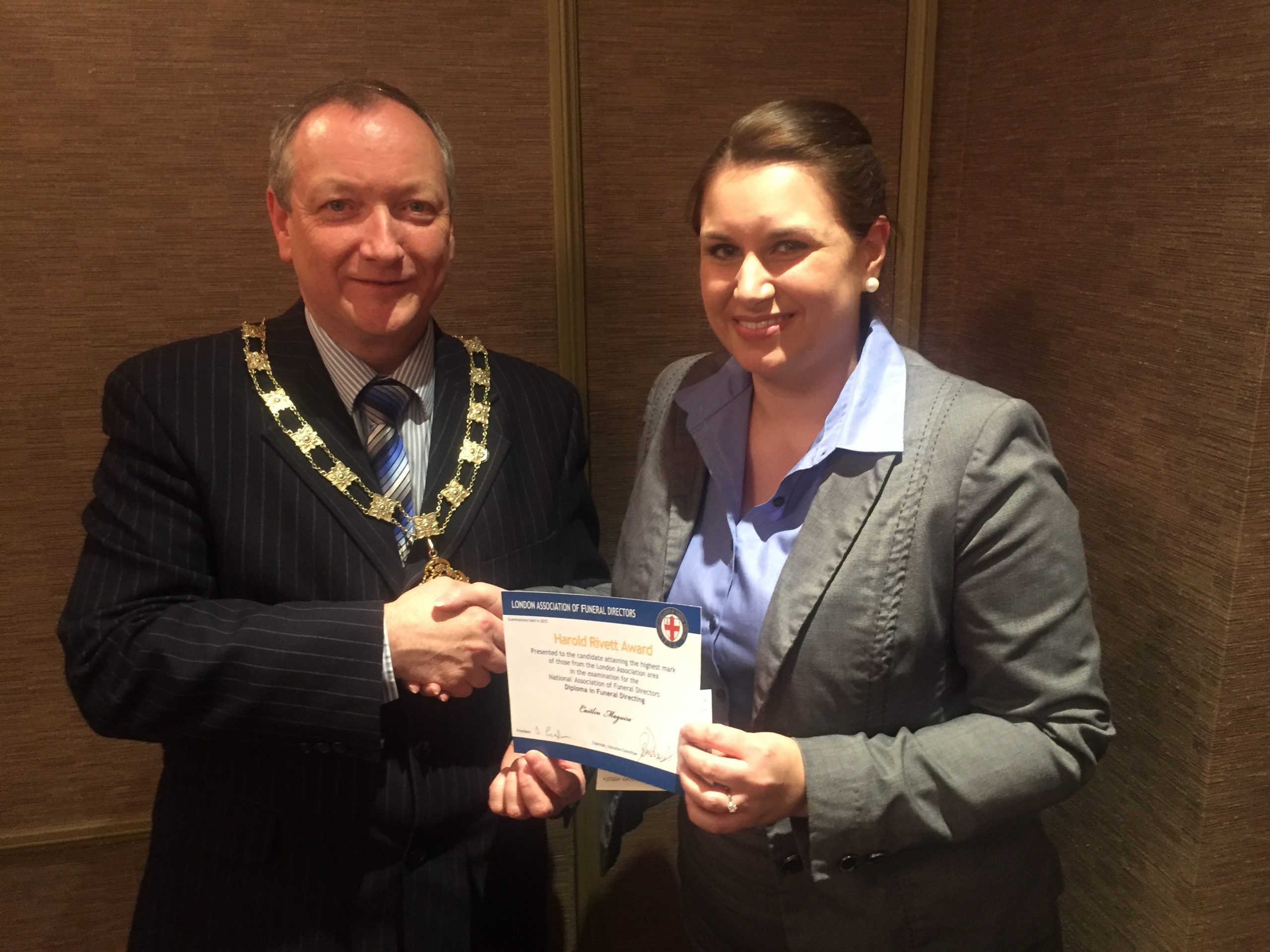 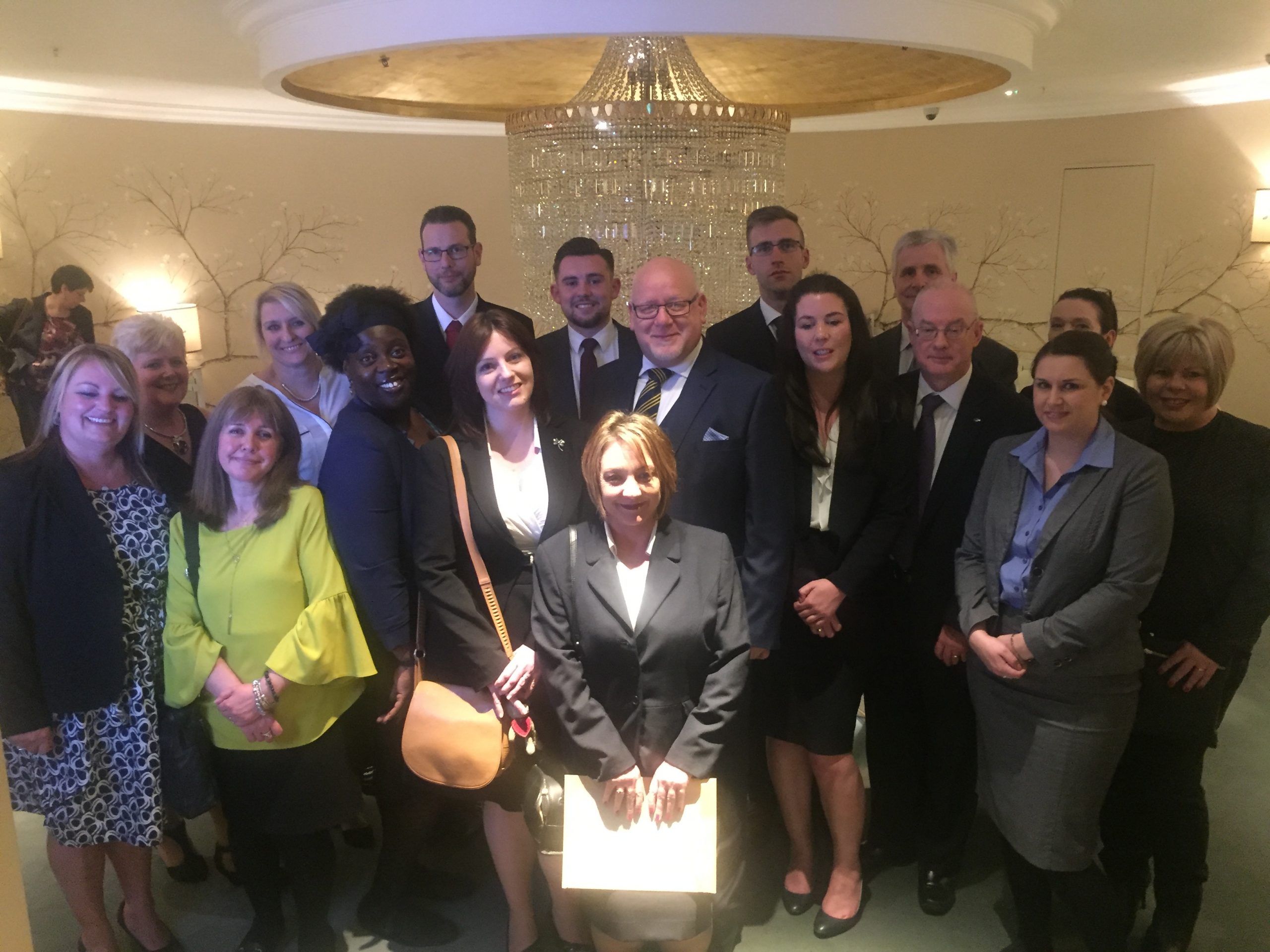